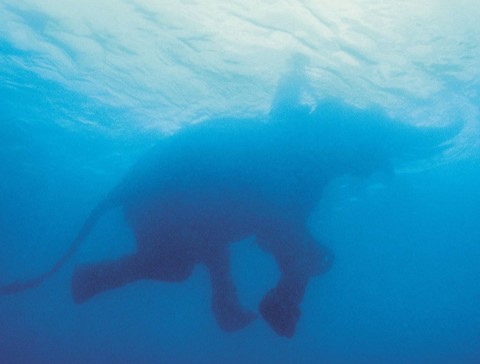 The Elephant and the Rider. Cover image of The Happiness Hypothesis by Jonathan Haidt

The American Constitution and capitalism are successful because they change the path.

The French Revolution and communism/socialism/collectivism fail because they try to change the people.

Changing the path and changing the people are defining characteristic traits of the Constrained and Unconstrained visions, which is to say of conservatism and leftism.

It causes no end of frustration in me that seemingly 99.99% of analysis and debate surrounding social issues ignores or is unaware of these basic differences, and amounts to little more than riders vs riders throwing rationalizations of their respective defining traits back and forth at each other.

It’s a textbook example of fish unaware of water.

The rest is noise.

Like Loading...
« The Misuse of “Let go of for and against.”
Cancer Talk #3: Why Cancer Talks? To Embrace the Idea of the Happy Warrior. »