The Bluer the County the Higher the Murder Rate

Counties that voted for Hillary (blue) and Trump (red) in the 2016 presidential election. (2) 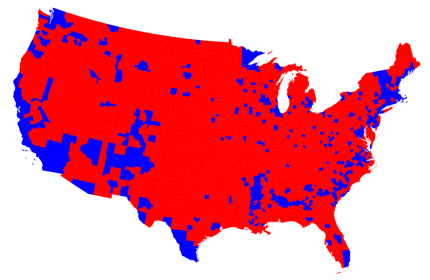 Margin of victory (height of column) of each candidate in the blue and red counties. (3) 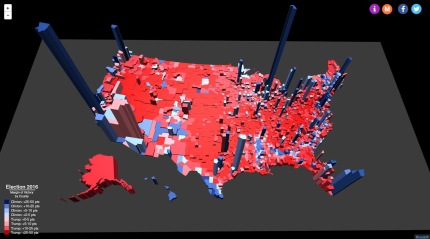 Zip codes in which the population is the most clueless about mainstream white (4) America (5). These are the country’s most prosperous, most highly educated ZIPs (“Super ZIPs”) (5) 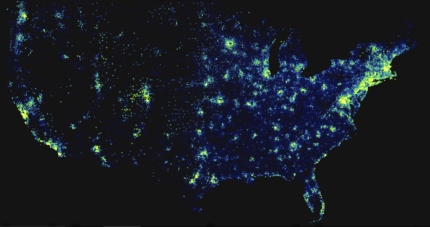 (2) Maps of 2016 Election Results, Mark Newman, Department of Physics and Center for the Study of Complex Systems, University of Michigan. Updated: November 10, 2016

(4) From PBS News Hour, What Does Your Bubble Quiz Score Say About You?

(5) Did You Grow Up In A Bubble? These Zip Codes Suggest You Did, PBS News Hour

Like Loading...
« It’s HOW we think, not WHAT we think, that divides us
Liberalism’s Foundational Premises Are Anti-Science Magical Thinking »