Our Behavioral Autopilot is Off Course 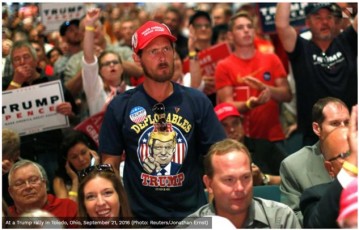 In their book Switch: How to Change Things When Change Is Hard

Chip and Dan Heath tell the story of Mike Romano, a US soldier who got hooked on hard drugs in Vietnam, and managed to quit them after he returned home.

The Heaths credit the cultural environment in which Romano was immersed upon his return to his home town of Milwaukee as instrumental to his turnaround. They refer to the environment as “habits.”

Why are habits so important? They are, in essence, behavioral autopilot. They allow lots of good behaviors to happen without the Rider taking charge. Remember that the Rider’s self-control is exhaustible, so it’s a huge plus if some positive things can happen “free” on autopilot.

But here’s the thing. The behavioral autopilot can work the other way too. A cultural environment can turn sour like old milk, and  allow lots of BAD behaviors to happen for free without the rider taking charge. This is what got Mike Romano hooked on drugs in the first place. In Vietnam their use was common, accepted, de rigueur, the path of least resistance, conventional wisdom, “everybody does it,” so it’s OK.

This is where we are now. The behavioral autopilot of Western culture is off course. The conventional wisdom is unwise.

Dennis Prager is right. The idea that Trump, his voters, his supporters, his followers, are racist, or white nationalist, or fascist, etc., is “morally disgusting and intellectually pathetic.”   And yet, the idea is accepted by far too many as self evident truth that needs no examination.

And the left is mostly to blame. For decades, not just for the eight years of the Obama era, it has sewn the seeds of hate:

One of the strangest transformations in the era of Obama has been the overt and often gratuitous stereotyping of so-called white people — most often the white working classes who have become constructed into veritable unthinking and unrecognizable zombies. For progressives especially these were not the sympathetic old foundation of the Democratic party, who were once romanticized as the “people” pitted against the industrialists and the bluestockings, but rather have become monstrous caricatures of all sorts of incorrect race/class/and gender behavior and speech. – The Construct of the White Working Class Zombies

Through its near monopolistic control of media, entertainment, and academia, the left, including the Democratic Party as a whole and many of its most vocal, prominent, and respected (sic) leaders as individuals, has normalized, mainstreamed, made not just acceptable but de rigueur, this sort of sick, twisted, thinking Prager decries, to the point that it has become the accepted orthodoxy of current conventional wisdom that “everybody knows.”  The behavioral autopilot of Western culture not only doesn’t bat an eye at the reprehensible and indefensible construct of white working class zombies, but actually buys into it.  Yeah! They’re Nazis! Fascists! We’re not merely RIGHT to disinvite them, shout them down, assault them, riot in the streets, we’re MORALLY OBLIGATED to do so!

This is not new. This is the exact same psychology that resulted in the genocide of the French Revolution.

“We know we’re right, we have reason on our side.”  They called themselves the party of reason, also the party of humanity.  The French Revolutionaries ended up murdering hundreds of thousands of people. –   When Compassion Leads to Sacrilege, by Jonathan Haidt

It is also the exact same “Rousseauian” dynamic that played out between two factions of students in a philosophy class (described below).  The split in the class was a microcosm of the ever increasing partisan divide

. In Augustine vs. Rousseau Rod Dreher published a letter written to him by the teacher of the philosophy class.  Here’s an excerpt that summarizes the dynamic:

Last year I was teaching a senior seminar class, which I organized around the theme of “Confession” and had the students read Saint Augustine and Rousseau side by side. “We confess with Augustine, but we live like Rousseau” I said, “for it is Rousseau’s moral universe we largely inhabit.” My contention was that the exercise would be clarifying for the students, help them understand the demands of the Christian life, and move them toward a more coherent understanding of the faith.

I was stunned by what happened. Over the course of the semester, as Saint Augustine in his book is healed — made more integrated and whole — and Rousseau in his book becomes more fragmented and dissolute, about half the students turned against Augustine (“too extreme”) and became more sympathetic to Rousseau. As it played out in class discussions the discussions concerning a dissolute and “disordered” life became more acute and generated more conflict (and, as you might imagine, much of the debate was driven by sex-related issues).

But here’s what happened: the “Rousseauists” became very aggressive and accusatory in their arguments, and the students who both understood what was at stake and how Saint Augustine was the proper guide started becoming timid and apologetic. The Rousseau-favoring students began to accuse the Augustine students of being “not nice” and “judgmental” and “intolerant”; and the Augustine students had internalized enough of this ethos to assume their own guilt and abase themselves. I began to comment on this in class: what has happened, I argued, when at a Christian college those students who defend the faith in its fulness are cowed, while those who want to gut the faith of its demands and disciplines feel absolutely empowered? How have we gotten to this point, and what does it suggest about us if we allow it to continue?

The leftist, Rousseauian cognitive style is a tragically reductive, shallow, naive, form of cognition that sees a world full of objects rather than of relationships.  It is as blind to the role of moral capital in human society as the New Atheists are blind to the role of religion:

The new atheists treat religions as sets of beliefs about the world, many of which are demonstrably false. Yet anthropologists and sociologists who study religion stress the role of ritual and community much more than of factual beliefs about the creation of the world or life after death.

The disease of emotional reasoning, cognitively distorted thinking, and epistemic certainty that misses the forest of moral capital and the behavioral autopilot for the trees of individual beliefs described here and in The Coddling of the American Mind, follows as naturally from the leftist psychological profile as night follows day.  It has, once again, just as it did during the French Revolution, passed the tipping point of being manageable and become a full fledged uncontrolled epidemic of mob mentality groupthink that is infecting all of Western culture. The inmates are running the asylum.

And the sane Augustinians among us engage with them and debate them as if they’re normal, well adjusted, morally and intellectually mature individuals who just happen to have a different viewpoint. Those of us who do so are classic enablers: one who enables another to persist in self-destructive behavior (such as substance abuse) by providing excuses or by making it possible to avoid the consequences of such behavior.

Our behavioral autopilot is badly off course, and is taking us like lemmings over the cliff of moral and intellectual insanity. The fabric of moral capital that is the glue that holds society human together but is dead center in the left’s blind spot is being shredded by the infantile cognitive style and the incomplete moral matrix of the leftist righteous mind. The chaos and anomie that conservatives from Burke to Sowell have been warning against is all coming true.

It’s up to the sane among us to stop the insanity and get the behavioral autopilot of Western culture back on course. We need to stop enabling the insane among us as if they’re normal.  We need to call out their sick, twisted, thinking for what it is.

Like Loading...
« Dennis Prager: The Intellectual and Moral Vacancy of Leftist Thought and the Danger it Presents
Science is Rational. Rationalism Isn’t Science. »