Why Hillary Lost and the Media Failed to See It Coming, in Two Maps

Q: “If you want your child to grow up clueless about mainstream white (1) America, what are the ZIP codes that have the best track record?” (2)

A: “The country’s most prosperous, highly educated” ZIPs (“Super ZIPs”) shown in this map based on U.S. Census data by The Washington Post. (3)

The areas that voted for Hillary, and in which most media is owned and operated, are shown in blue in this map.(4) 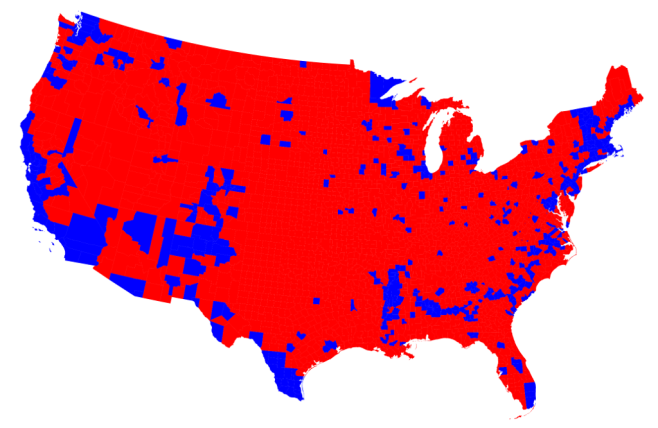 (1) From PBS News Hour, What Does Your Bubble Quiz Score Say About You?

(2) Did You Grow Up In A Bubble?  These Zip Codes Suggest You Did, PBS News Hour

(4) Maps of 2016 Election Results, Mark Newman, Department of Physics and Center for the Study of Complex Systems, University of Michigan. Updated: November 10, 2016

Like Loading...
« The Liberal Narrative About Voter ID vs Reality
What’s the “Great” in “Make America Great Again”? »

9 thoughts on “Why Hillary Lost and the Media Failed to See It Coming, in Two Maps”