The School of Athens

I was happy to see Raphael’s painting, also used on the cover of The Cave and the Light: Plato Versus Aristotle, and the Struggle for the Soul of Western Civilization,

Plato’s abstract ideal “Light” is a metaphor for the Telos of social justice.

Aristotle’s empiricism is a metaphor for the Telos of truth.

The entire lecture can be seen as an interpretation or statement of my thesis of cognitive style.

I commissioned the artist Godard to represent it for me in the sketch at the bottom of this post.

Plato’s WEIRD “scientific” reasoning and its faith in Oakeshott’s “technical” knowledge is on the left.  The character in the lower left is a scientist examining life as a world full of objects, represented by a test tube.

Aristotle’s holistic analects-style reasoning and its faith in Oakeshott’s technical AND practical knowledge is on the right.  The character in the lower right is Confucius pondering life as a world full of relationships.

The two elephants in the background and the blind mice around them represent the fable of the blind men and the elephant, and the many different people who have described these two cognitive styles.

The Independent Whig’s first principle of moral psychology: Cognitive style comes first, intuitions follow.  (and then reason is the slave of both)

The partisan divide is primarily between the cognitive styles, and only secondarily between the “visions,” or the principles and values,  of liberalism and conservatism.  It’s a mistake to think of it the other way around.

For the record, The Independent Whig’s second principle of moral psychology is: Moral foundations (intuitions) reveal and enlighten.  This principle explains Haidt’s findings re: the relative understanding of human nature, and of each other, on the left and the right.  Without it, Moral Foundations Theory and The Righteous Mind: Why Good People Are Divided by Politics and Religion

do NOT explain those findings.

The education system does Western Culture a DIS-service by sacralizing half of the evolution-given gifts of social perception and awareness, and demonizing the other half; it prevents, rather than promotes, knowledge; understanding; and the Telos of truth.

Any school at any level, from kindergarten onward, that chooses the telos of truth must reinforce ALL the moral foundations and intuitions, and the lessons and uses, good and bad, that follow from them. . 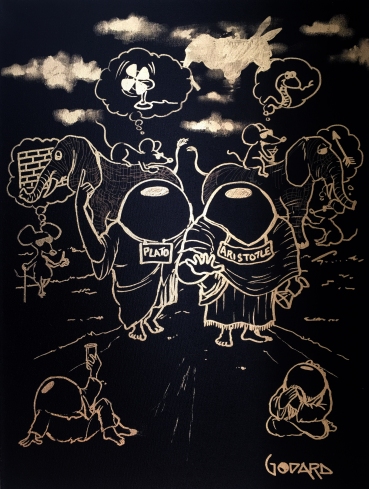 Like Loading...
« The Primacy of Feelings, and The Force
Republican is the Party of Civil Rights and Social Justice. Democrat is the Party of Racism, Slavery, and Enslavement [FULL VERSION] »